New Boots! (and other assorted mods!)

If you've been following us on the forums and on Instagram, you'll be aware that I've been running Maxxis Arctic Trekker winter tyres on our Yeti for about 18 months now (yes, through summer as well!). 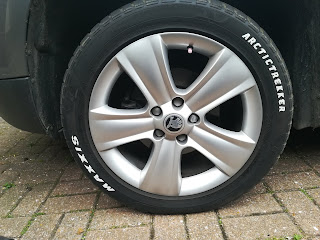 These have covered about 20,000 miles, and although winter is coming up and they still have about 6mm tread left all the way around (big thumbs up for Maxxis here!), I decided to make a change, even though they're phenomenal in the snow that we get here in Wales, and they more or less feel like regular tyres in the summer.

Originally, I was going to try and get some BF Goodrich KO2's which are legendary in the overlanding scene, as well as being rated for snow. 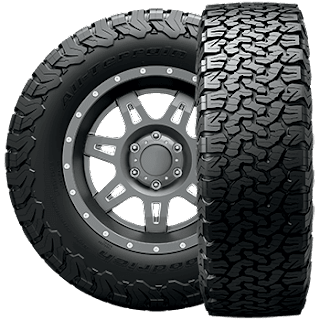 However, after doing the maths, I would have to have gone down to a 16 or even a 15 inch wheel to get them to fit!

Obviously this would add anywhere between £100 and £250 to the cost of changing tyres, bringing the total for the BF Goodrich's up to around £1000.

Doable, but far from ideal.

Instead, I've opted for a new All-Terrain tyre from Cooper, the Discoverer ATT. 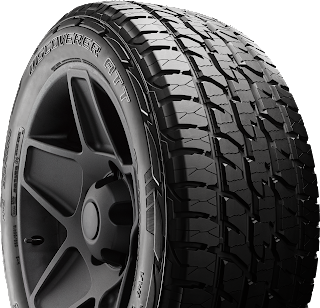 Now I won't bore you with the details about the tyre, you can click here to go to the Cooper website and read up on them if you want!

The next issue was getting them to fit. As you may know, the rear of a Yeti has absolutely loads of room for bigger tyres, but the front is a whole different story.

Not only is there a suspension component perilously close to the inner edge of 225 tyres, the wheel arch liner doesn't sit a million miles away from the tyre when on full lock, even with standard tyres fitted.

Anyway, we just cracked on and fitted them, and I'm pleased to say that they fit... just! 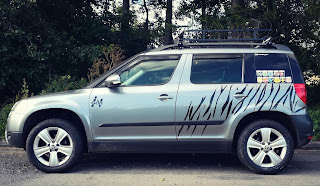 First impressions are great, the higher profile has improved the ride quality no end, it's a lot softer now! Of course it has lifted Yeti, but only around 1cm, so a lift kit is still on the cards.

I went for a bit of a play in the Brecon Beacons on the way home, and so far so good. Yeti flew up a steep, rutted and muddy slope with no issues or wheel slip at all. I will upload videos of this when I get two minutes to edit them, and put them in a future post. 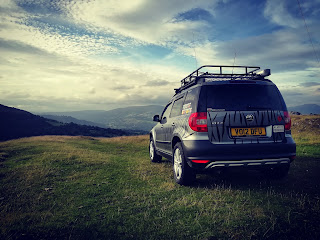 I think these tyres will be more than adequate for what we need, which is a mix of tarmac, mud, dirt and gravel. 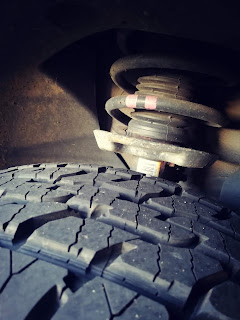 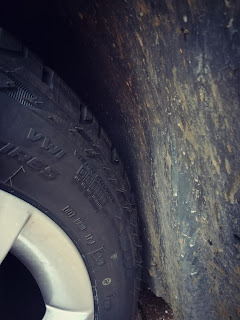 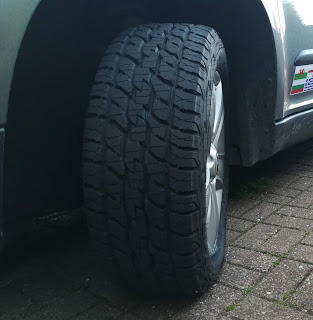 Better view of the tread pattern

So, there we are. All-Terrain tyres, check.

I will be having a weekend bombing around the Welsh forests with my good friend and his Freelander soon so I will report back with my findings (it's worth mentioning that his Freelander is also equipped with Cooper Discoverer ATTs, so will be interesting!).

Finally, I have another modification to finish off this entry.

It's only a small thing but it's been bugging me for ages, as any good overland vehicle needs it's badges of honour! By this, I mean flags of countries that we have travelled to, counties, National Parks etc.

I've been accumulating these for ages, but now they're on the vehicle, along with the obligatory Instagram handles! (@overland_yeti). 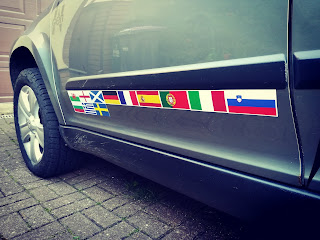 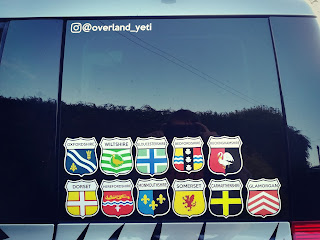 Just some counties that we have been to and camped at!

Right, I've gone on for long enough for one evening, I'll edit and upload some videos of the new tyres and get them up as a post this week at some point, but my next post will be detailing our future modification plans.

I'll leave you with a photo of Yeti as she stands at the moment. 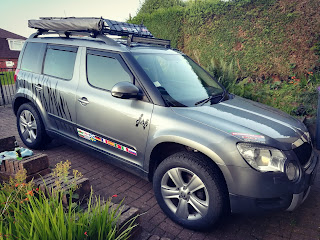 Yeti as she stands!

As always, thanks for reading!

All the best,
Adam.

Popular posts from this blog 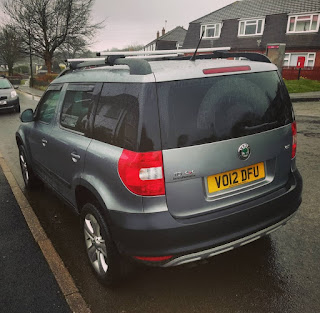 Good morning! As I said in a previous post, I'm going to attempt to quickly run through all of the modifications we have done to our little Skoda Yeti so far. I'll only be briefly running through them, otherwise the post would be about a hundred pages long - I'll detail the more interesting ones in a future post or 2. I'm not really sure how to lay this out, so I think I'll just put some photos up from when we first got her, to how she stands now, with some brief captions under each photo. That should give you an idea of where we are, and, as I say, I'll go through some more in-depth stuff later this week. Anyway, enjoy, and if you have any questions, either reach me on Instagram (@overland_yeti), or use the 'Contact Us' tab on the left of this page, we'll be happy to help.   First modification! Some Nordrive roof bars   Modern Skoda badges, and numberplate surrounds LED number plate bulbs   Maxxis ArcticTrekker mud an
Read more 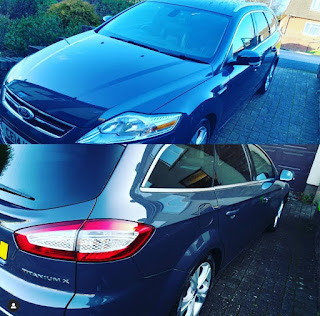 Hello and welcome to Overland Yeti. I decided to create this blog to document our adventures in our mini overland vehicle, the unlikely hero that is the humble Skoda Yeti! My name is Adam, I'm 30 years old and I'm from Blaenavon, deep in the Brecon Beacons National Park, here in South Wales, UK. Our Yeti journey began a couple of years ago, when our eldest daughter was about 6 months old. We were living in what seemed like the world's smallest house in Hereford, England, and we had completely outgrown it (as first time parents, we hadn't realised how much stuff babies need!), so we decided to move back to where I had grown up, and bought a beautiful house here in the magnificent Brecon Beacons. This was great, however in my few years away from Wales, I had forgotten about the proper Welsh winters, and had bought a 2014 Ford Mondeo Titanium X estate. Great for family duties, but, as I found out, even with winter boots fitted, absolutely pointless in the snow (t
Read more